A METHODICAL APPROACH TO TRAVEL
Right from the early years of my career, travel became a part of my life and at some point in time, I just began enjoying it. I had the privilege of working in roles that required me to travel to various parts of India and the world, interacting with people in different functions and backgrounds. Though my travel in the early years of my career was for official purposes only, I gradually began to make it a point to explore and discover new places on such occasions. I am a firm believer in planning my travel, so I do not embark on any voyage without prior planning. I remember times in my career when I had to take an emergency trip within a day’s notice or a few hours’ notice. This made me really quick and efficient. In fact, today I can pack a bag within just 15 minutes!

LEARNING PUNCTUALITY FROM THE SWISS
I have learned a lot from my travels. On account of my role at Schindler, I have to travel frequently to the company’s headquarters in Switzerland. I consider it the perfect country. Everything in Switzerland moves like clockwork, and that is perhaps because of the how much importance the Swiss give to time. They respect people’s time, and they expect it of others as well. This can take some getting used to, especially for us in India. It is from them that I have learned to appreciate the importance of punctuality, and I have also learned to organise my routine better.

AN AUSTRIAN HOLIDAY TO REMEMBER

I have travelled across Europe and Southeast Asia, but by far my favourite travel experience had to be on our family holiday to Austria back in 2010. Austria was a special holiday, not just because of its breathtaking, scenic beauty but also thanks to its culture, food and hospitality. I am fascinated by Austrian history, especially since I learned that there is so much more to it than what we know of the World War. What is also impressive is that their government takes great care to maintain palaces and other places of historical interest, while ensuring they are tourist-friendly. For example, at several tourist spots, you can listen to audio in different languages detailing major events in Austria’s history. We visited cities like Salzburg, Innsbruck and Vienna during the summer, and the weather was perfect! We walked for miles without even feeling exhausted. What I also enjoyed was the experience of Austrian folk dance and music. One performance really stood out in particular – this was a recital of traditional Austrian music, coupled with music from various other countries, including India. Imagine our surprise when they sang Sa Re Ga Ma during the show! The other highlight of our trip was the Sound of Music tour and concert. It is special to see the locations where the legendary movie was made.

OF AUSTRIA’S UNPARALLELED HOSPITALITY
The Austrian restaurants, food and hospitality were much better than any of the other countries in Europe. In Salzburg and Innsbruck, we tried the local food available at several street-side cafes. There is something charming about sitting at such places and watching the locals go about their life around you. I have to say that very few other European cultures can match Austria’s, in terms of hospitality. They are a friendly lot of people, and they make an effort to help and put tourists at ease. As far as the food is concerned, we had some fantastic, indulgent breakfasts and delicious steaks on this trip. Speaking about food in Europe in general, I have to make a special mention about the croissants. They are the best, and you cannot find croissants as good as these anywhere else in the world. 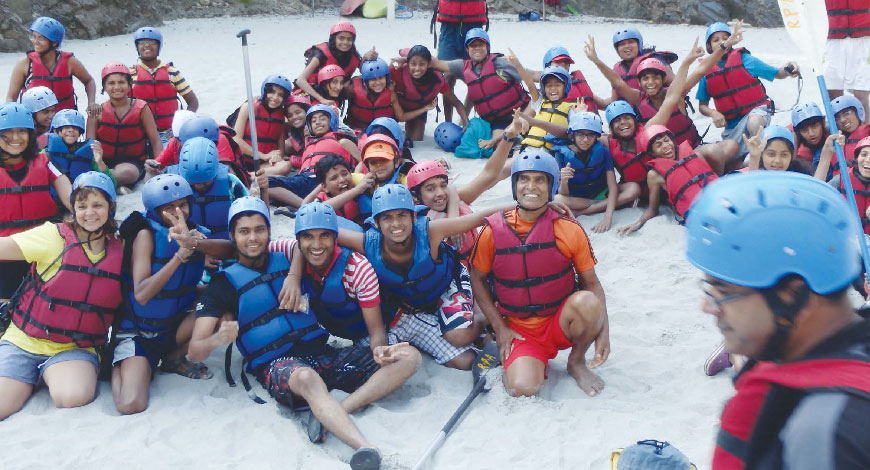