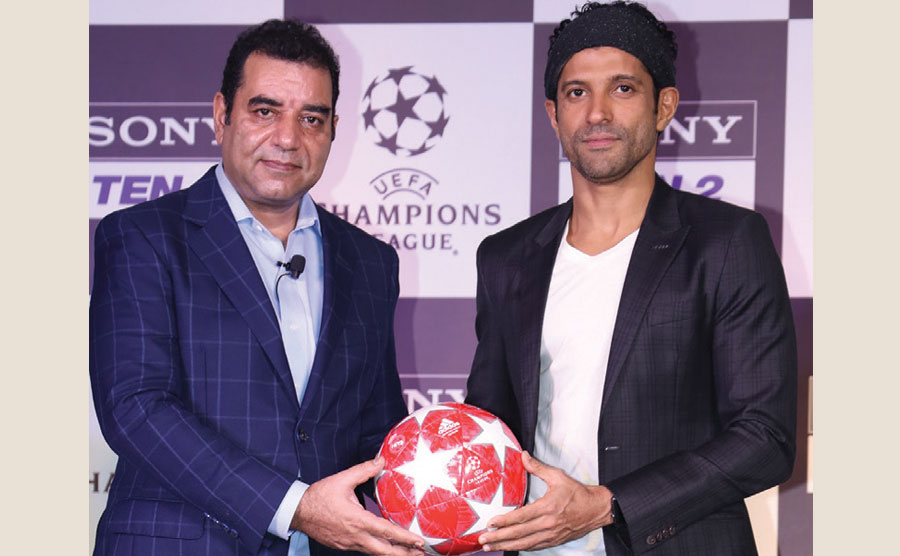 Sony Pictures Networks India recently named Farhan Akhtar as UEFA’s official guest, as a marketing strategy leading up to the UEFA Champions’ League Semi-Final and Final, and has plans to screen the matches at PVR Cinemas at Mumbai, New Delhi, Pune, Kolkata and Chennai. After witnessing a considerable jump in viewership for the league, Rajesh Kaul, Chief Revenue Officer, Distribution and Head - Sports Business, Sony Pictures Networks India reveals plans for WWE and the PRO Volleyball league as well. Over to him:

79% GROWTH WITNESSED BY UEFA CHAMPIONSHIP LEAGUE: This time, we made a very special effort to have 12 games telecast at prime time in India; earlier, it was aired at 12:30 am. This time, we ensured that we got a better sample. We are confident that the numbers for the tournament will be far better. We also plan to have proper wraparound programming with experts for semi-finals and finals.

ON PRO-VOLLEYBALL LEAGUE: The first season of Pro-Volleyball League was a phenomenal success, although it was organized in a very short span of time and in just a couple of Southern states. This year, the plan is to take it to five different cities like Mumbai, Delhi and more. It was a testing ground for us. The idea is to make it far better this year and get a couple of more teams as well.

NEW TRAI REGIME AFFECTING RATINGS: It is too early to comment on that as it is just two months old. You have seen the various complaints or reports made by stakeholders that the broadcasters don’t have complete visibility on what’s happening. As of now, going purely by the numbers we are getting, I don’t see any impact.

MORE UPTAKE OF SPORTS CONTENT ON SONYLIV POST THE TRAI ORDER: We have put our entire live sports content behind the paywall on SonyLIV. That was also done because of the TRAI order. So the idea is that whether the viewer is on SonyLIV or any linear channel, he has to pay. We are fine with that.

IMPACT OF CRICKET WORLD CUP ON VIEWERSHIP: These are two different audiences. The people who watch Champions’ League, will watch it. I don’t see that as a threat.