As Sony Pictures Network India (SPNI) gears up for the two biggest football tournaments, UEFA EURO 2020 and Copa América 2021, to widen its audience reach for the upcoming sports properties, the network has now launched its first regional sports channel – TEN 4. The channel will be available in Tamil and Telugu across the Southern regions of Tamil Nadu, Andhra Pradesh, and Telangana. SPNI has also roped in actor Rana Daggubati as the face of the channel. The actor will be promoting WWE’s programming in Tamil and Telugu.
Speaking on the launch of the new sports channel, Rajesh Kaul, Chief Revenue Officer, Distribution and Head – Sports Business, Sony Pictures Networks India, says that Tamil and Telugu are the two biggest markets in the country. The viewership data indicates that the audience wants to consume content in the language they’re more comfortable with. “Both the markets contribute 20% to the overall TV viewing audience in the country. Also, between these two states, the consumption of regional languages (Tamil and Telugu) in their respective states is close to 80% of total TV viewing in the local language. Hence, we decided to have a channel dedicated to Tamil and Telugu audiences,” explains Kaul. Sports: the biggest growth driver
With the launch of TEN 4, the network now owns ten sports channels, including Sony Six, Sony Six HD, Sony TEN 1, Sony TEN 1 HD, Sony TEN 2, Sony TEN 2 HD, Sony TEN 3, Sony TEN 3 HD, Sony TEN 4 and Sony TEN 4 HD. Kaul also adds that the new sports channel has been already receiving attention from local advertisers from Tamil Nadu, AP, and Telangana. He is optimistic that it will grow over a period of time. On the subscription revenue front, Kaul remarks that sports has been the biggest driver in distribution growth. He said, “Having a sports channel in their language gives an edge to our bouquet’s overall strength in these two states. It will boost our strategy for increasing the subscription revenue.”
He further adds, “After the implementation of NTO, the consumer chooses to select the content of their choice. Last year, the entire world was struggling due to COVID. But the number of TV audiences for sports had seen massive growth. We saw a considerable increase in our sports channels’ consumption and the change was driven by the marquee events we had last year. It increased the overall reach and the subscription for our sports channels. And now, especially when we have back-to-back sports events coming up, we will see a massive upside in the overall sports subscription pie. For this year, we are expecting at least a 25% increase in the sports subscription revenue of linear TV.” 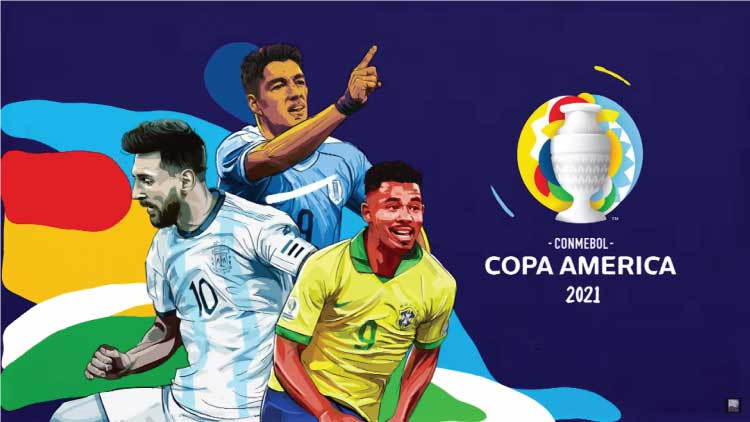 The network has a busy sports calendar for the next 6-8 months, which will begin with the upcoming EURO 2020 that was postponed earlier on account of the pandemic. The network will telecast the tournament in six languages to reach wider audience across India: English, Hindi, Bengali, Tamil, Telugu and Malayalam. UEFA EURO 2020 will be held in 11 cities across Europe featuring 24 of the best teams starting June 11, 2021, and it will be live on Sony TEN 2, Sony TEN 3, Sony SIX, and Sony TEN 4 channels as well as on SonyLIV.
Despite broadcasters witnessing a decline in ad revenue in the current situation, Kaul is hopeful that there will be a huge ad revenue growth and the overall sports pie will be much bigger than the last year. He notes, “The response we got from advertisers for EURO has been excellent. As we charge a premium for these events, advertisers are thrilled to spend big money on these impact properties. And we don’t see any problem whatsoever. We still have some days to go for EURO, and we expect that 70% of our inventory will be soon sold on both linear and digital platforms. I am optimistic that we will make Rs 200 crore in revenue between SonyLIV and all the linear channels put together.”
He also notes that, unlike last year, it’s unlikely to have a sports event getting postponed or cancelled this time. The network also owns the media rights for the 2020 Summer Olympics, which scheduled to be held from July 23- August 8, 2021, in Tokyo. “The sports bodies have figured out the ways to hold the tournaments. There were some worries when the India tour of Australia happened last year, but eventually, the tour went on without any hiccups, including the stadium’s spectators.” The 16th edition of UEFA EURO 2020 will have 51 games over 30 days of entertainment. Rome’s Stadio Olimpico will host the opening match on June 12, while the finals on July 12 will be held at the iconic Wembley Stadium in London.