When the AAAI awarded this year’s Lifetime Achievement Award to legendary adman Ram Sehgal last week, there was an outpouring of nostalgia and gratitude from many of his former colleagues RAM MADE YOU FEEL THAT YOU COULD DO MORE; WITH HIM AROUND, YOU WANTED TO ACHIEVE MORE…
Ram Sehgal is the single biggest driving force behind all that I’ve achieved with Contract. Indeed, Ram was the reason why I never left Contract and proudly kept at the journey for about 13 years in my first stint with Contract. And if not for that amazing foundation, it wouldn’t have been possible to go on to head the agency in my second stint at Contract.

I remember when I had first joined Contract Bangalore. Things were not ideal. But it was Ram’s affection and belief in me that made me feel I could turn things around. I remember when Ram had first taken notice of me and my work. I had designed a calendar which I thought was great but, of course, which the client had bounced. However, I was eager to show this calendar to Ram when he had come to the Bangalore office on one of his occasional visits. For some reason, my boss back then didn’t want to share this piece of work with him. But I remember this clearly: later that evening, after all the meetings, Ram had made sure to come to my desk and ask about the work I was so excited about. This signalled to me that Ram was a friend of creative. And each time he visited us in Bangalore thereafter, he brought the same enthusiasm for creative.

The amazing thing about Ram is his generosity, with his time, wisdom and affection. He had this amazing ability to connect with young people, especially young, eager creatives. He made you feel that you could do more with him around, his company just made you want to achieve more. He never interfered with creative. He trusted us deeply. He created an atmosphere where creativity flourished. When I moved to Contract’s Mumbai office, although there were some hurdles initially, he gave me all the freedom to change the face of creativity in the office and beyond. As a matter of fact, he kept asking me, prodding me, “When are we going to start winning awards?” This made me doubly anxious to up my game and bring urgency in creating awardwinning work.

In time, we went on to win so many awards that we ran out of space in the agency to keep those awards! It was amazing that a suit was so motivated to do creative work and win awards. The journey went on fabulously. Contract kept winning awards, new businesses and a great creative reputation. In the process a lot of new talent was produced and the industry got benefited by that. We may have been JWT’s second agency but we sure were the No.1 agency for building great brands with great creativity.

RAM PUT US YOUNGSTERS TO SHAME BY BEING SUPREMELY ENERGETIC AND RELENTLESSLY POSITIVE AT ALL TIMES…
The 90’s were magical years for Contract. But decoding that magic and putting one’s finger on how Ram Sehgal must have done it was always a tricky proposition. For all the achievements of Contract, Ram’s operating style was motivated, not by some heavy sounding principles but rather by simple, human, intuitive things that look and sound very easy but are difficult to live up to. It seems to me that he must have figured out early on, that if a new agency focuses on three pillar-like things, the rest will take care of itself. What’s critical therefore is an enabling culture, an ability to do maverick thinking and a bunch of happy and energised people. To me, his operating beliefs seem to have stemmed from this thinking:

1. Hire and work with good people. But more importantly, believe in them 100%. Syeda Imam, Ishan Raina, Ravi Deshpande and many other talented stalwarts whom he chose, made a huge difference.

2. Having hired them, leave them frightfully alone. Make them feel fully responsible yet respected. Exhort them to grow.

3. And to do that, foster a non-intimidating, non-political, humane and free-thinking culture: It was almost like he saying to us: “You focus on the work and let me focus on you.” Often he would plonk himself on a table in the creative department relating anecdotes and energising the younger lot. If and when he ordered a cigar at a dinner, we would know that a hugely engrossing or entertaining story was to follow. An avid traveller, every time he returned from a trip, we got a new story. Once he told us about his lost luggage and how he prevailed on the airline, which then overcompensated (!) and gave him a suit and a bag and shoes and some cash. At times, I felt that he was adding a dash of imagination to his stories but it was fun. Many of us began thinking that losing bags wase a good idea!

Another incredibly amazing trait was Ram never ever did a post mortem. No wallowing in the past, no matter what the provocation. Possibly this stemmed from his immense faith in his people. Throughout the time that Ram was at the helm, he was a full 20 years older than the average age of the team, which was then in its late 20’s and early 30’s. And yet he successfully managed to put all us youngsters to shame by being supremely energetic and relentlessly positive at all times. Once I asked him about the secret of this energy and all he said was: “No matter how late it gets, I never sleep without my meditation”. Ram presided over an agency that confirmed our belief in the work we do and taught us to do business in a principled way. More strength and more power to you, Ram!

IMAGINE A COMBINATION OF MARLON BRANDO, JOHN WAYNE AND DANNY DE VITO WITH A DASH OF JEETENDRA PACKED INTO THIS ONE MAN…
Sometime in 1985, with JWT acquiring an agency called Grant, Kenyon & Eckhardt, a man named Subhas Ghosal – God to many of us – spotted an opportunity for a reincarnated Contract. Ghosal was retiring from HTA as its first Indian Chairman after over half a century in advertising, and was determined not to go out into the sunset quietly. The new Contract was created ostensibly to service conflicting businesses that HTA could no longer handle; but God always had – and has – a larger plan.

And so, in 1986, a band of men and one woman came together to re-create Contract. A few were seconded from HTA and were joined by Syeda Imam. Their leader was the man we are here to honour today, Ram Sehgal, who was hand-picked by Subhas Ghosal and moved from HTA Delhi to Bombay.

Cut to the time Ram Sehgal first entered our office. Imagine a combination of Marlon Brando, John Wayne and Danny De Vito with a dash of Jeetendra packed into this one man: part mafia Godfather, part cowboy and mostly a maverick, humorous story-teller. In a linen jacket, white trousers, a pastel pink shirt, shiny shoes (also white, I think) and a cigar. Okay, I exaggerate – the cigar would be pulled out later in the evening. But that was him: a suave dynamo who sipped only red wine and cherished his cigars and who would, sadly for the Bengali bhadraloks of Calcutta, turn out to be a vegetarian. He would regale us with stories of his travels, tales that were clearly taller than the man himself and we would happily suspend disbelief and enjoy the Ram-isms as someone in Bombay office later nicknamed them.

Despite his infectious humour, the ever-optimistic Ram was totally serious when it came to building his clients’ – and our – business; he was fiercely loyal to his people and his clients, and would do anything to protect them and enable them to grow. So much so, that he once sacked a rude client in Calcutta because the owner’s arrogant son had misbehaved with two of our women colleagues. Unheard of in that city and in the business but his principles always took precedence.

Ram was also clear that he existed to energise the agency and enable an environment where the best minds flourished to create the most effective, creative advertising. If he was the source of energy, Contract was the magnet for talent: in creative, planning, account management, finance…everything. We refused to be categorized as the agency known for just one aspect because he believed an advertising professional should be good at every part of the business. And that’s why he would pioneer, in the early 90s, the setting up of Contract Direct – now iContract – Design Sutra, Healthcare… and he was instrumental in luring Rohit Srivastava away from account management to strategic planning and me from creative to client servicing. I owe Ram my career; he remains the fatherly figure for many of us.

He made us a successful start-up long before the term became fashionable. He spurred every other agency to do better. He created a talent pool and launched the unique Windows programme with the once arch-rivals Subhas Ghosal and Prof. Subroto Sengupta of Clarion, coming together – a pool that would strengthen the DNA of every other agency and of some clients as our people moved there. And he made sure that the “second agency” would be the first. Always. For my 16 years in Contract and for every moment thereafter, thank you, Ram! 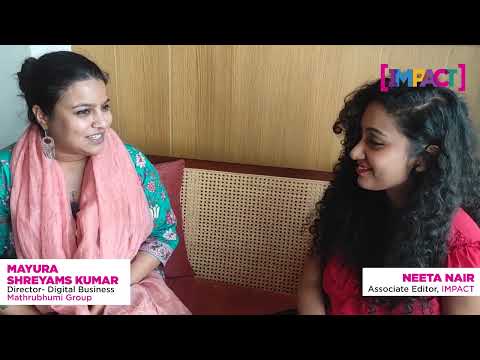