“The consumer is always at the heart of what we do and we are focussed on improving and innovating our content offerings that continue to engage our viewers and resonate with them.” This statement by Kevin Vaz, President & Head – Network Entertainment Channels, Star and Disney India gives a glimpse of how the network’s Tamil GEC – Star Vijay has not just won the hearts of the Tamil makkal (people) but is also closing the gap with the long-standing behemoth leader in this uber competitive market. A big game changer for the channel was the launch of Bigg Boss Tamil in 2017 with actor Kamal Hassan as the host. The channel’s focus was on the offering the viewers varied, innovative content and narrowing the gap with the market leader. While Bigg Boss helped Star Vijay increase reach and build brand salience, the channel was determined to crack the formula for weekday programming. In August-September 2020, Star Vijay witnessed a big inflection point with regard to its Weekday Primetime.
The growth driver on Star Vijay over the past year has been that multiple home-grown fiction and non-fiction shows that have started to perform on par with Bigg Boss Tamil. 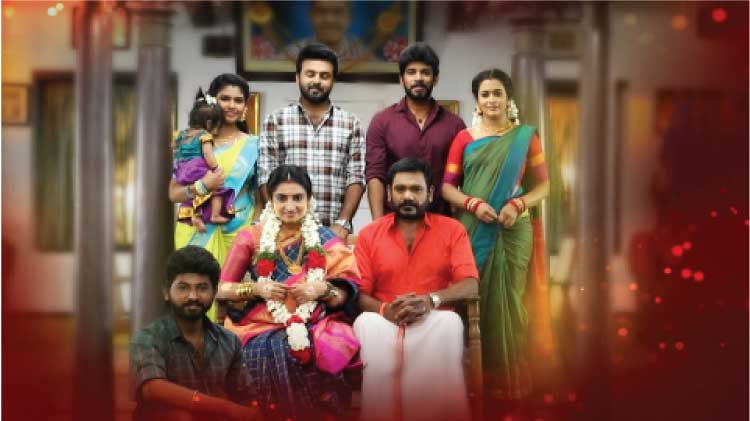 Vaz states, “Star Vijay has remained steadfast on its vision to redefine Tamil entertainment and continued its endeavour to forge a deep emotional bond with the viewers. The channel has consistently been home to the biggest fiction and non-fiction shows, its differentiated programming and iconic characters have helped outperform in prime time.” He adds, “The recent brand equity studies reveal that we have maintained the top spot in the consumers’ minds for the past couple of years, this shows the love our brand enjoys among the viewers. The year 2021 has witnessed incredible growth, making the brand the largest destination for original GEC content. Much of this growth has been driven by strong consumer insights that led to relatable dramas.”
Star Vijay’s performance has also contributed to the growth of Star’s regional offering. In terms of market share, the network has grown to around 33% within the regional general entertainment and movies segment from close to 28% in a single year, and much of this growth has come from Tamil Nadu and Maharashtra.

STORIES BUILT ON CONSUMER INSIGHTS
Talking about what has worked in terms of content, Vaz highlights the fact that the channel’s ear to the ground approach has paid dividends. He elaborates, “We are constantly listening to our viewers to understand their content preferences and basis this, we have brought about a decisive transformation in our storytelling and have therefore been able to strengthen our fiction offering. We are glad to have created characters that resonate with the Tamil audience. The fact that Star Vijay now has four of the top five fiction shows is a testament to the strength of our storytelling. The distinct yet powerful characters portrayed by Kannamma of Bharathi Kannamma, Dhanam of Pandian Stores, Baagya of Baagyalakshmi have shown great resonance among Tamil Nadu audiences cutting across demographics.” He adds, “Our journey is built over powerful consumer insights; the team is invested in constantly understanding the lives of the Tamil viewers, their culture, their relationships, and their dreams.”
An insight that the team used in its programming was that in Tamil Nadu, most marriages are arranged and for women romance with their husbands is extremely critical in their marriages. Another insight on the nostalgia of the joys and challenges of living in a joint family led to the birth of Star Vijay’s flagship show Pandian Stores while
Baagyalakshmi showcases the unrecognised efforts of a housewife who is the true hero of every family. Vaz adds, “We at Star Vijay endeavour to offer many more such powerful stories and characters that are built on universal truths about our consumers.” A BIGG SUCCESS OF HOMEGROWN FORMATS
In addition to Star Vijay’s high octane flagship, non-fiction shows such as Bigg Boss and Super Singer, Vaz says that other homegrown non-fiction formats such as Cooku with Comali and Start Music have started to perform nearly on par with Bigg Boss. He says, “Our innovative formats and high production quality ensure we continue to appeal to a broad set of audiences. Given the success of some of our homegrown non-fiction formats on Star Vijay, we have taken the formats to other markets which have witnessed great success too.” In October 2021, Bigg Boss 5 was back on the small screen. Vaz notes, “Bigg Boss has been the biggest non-fiction television phenomenon in Tamil Nadu. Each season of Bigg Boss has been a game changer for Star Vijay. Every season has only gotten bigger and grander and Season 5 is no exception. The season launch episode had a reach of 11.5 mn with an average watch time of 1 hour 44 minutes.”
The current season of Bigg Boss has 15 sponsors on board – Preethi Appliances and Nippon Paint as title sponsors; ‘powered by’ partner – Vasanth & Co; Chakra Gold; Mondelez and Adityaram; special partner – Ace2three; co-presenting partner – Udhaiyam; associate partners – Centuary Mattresses, JK Tyres, Haier, Lotus Herbal, Thangamayil Jewellery, Lenskart and MINI Studio.
Commenting on the brand partnership Vaz observes, “The advertiser response has been incredible for this season as well. Advertisers want to get associated with the biggest property of Tamil Nadu and the demand has been unprecedented. What is heartening to see is the number of repeat sponsors who witnessed success in previous seasons of Bigg Boss and are associating with us for this season again. Also, this year we are witnessing an increase in the number of local advertisers coming back to Bigg Boss.” He adds, “This year has been unique for Bigg Boss with both title sponsors coming from Tamil Nadu: Preethi Appliances and Nippon Paint. Both the joint sponsors have great stories to tell about how they have leveraged Bigg Boss to their brands’ advantage. Nippon Paint has journeyed with us for all five editions on the show and in this season they have come on board as a joint title sponsor. Preethi Appliances on the other hand witnessed great success last year and took a leap to be a Joint title sponsor this year.”
The reality show spans 106 days – across festivals starting from Dussehra in October to Pongal in January, the season for most ad spends during a year. He says, “Bigg Boss is the most premium show in Tamil Nadu’s television market for general entertainment. Advertisers not only get high quality ad inventory but also excellent brand visibility in the form of asset inventory within the content.” An example of an in-show integration in the current season of Bigg Boss was with Lenskart. The objective was to showcase the augmented reality feature in the Lenskart app. During a task, all the contestants were dressed up for the fashion show and experienced the AR feature. Even during the weekly eliminations, the eliminated contestant was presented with a hamper with customised frames that were selected using AI.
On a final note on why Star Vijay has become the advertiser’s go-to channel in Tamil Nadu, Vaz remarks, “Being the preferred channel amongst the advertiser target groups, it has helped us to garner more advertisers for the channel. We have the top four out of five fiction shows on our channel and this has placed Star Vijay as a must-have channel in most advertisers’ plans.”