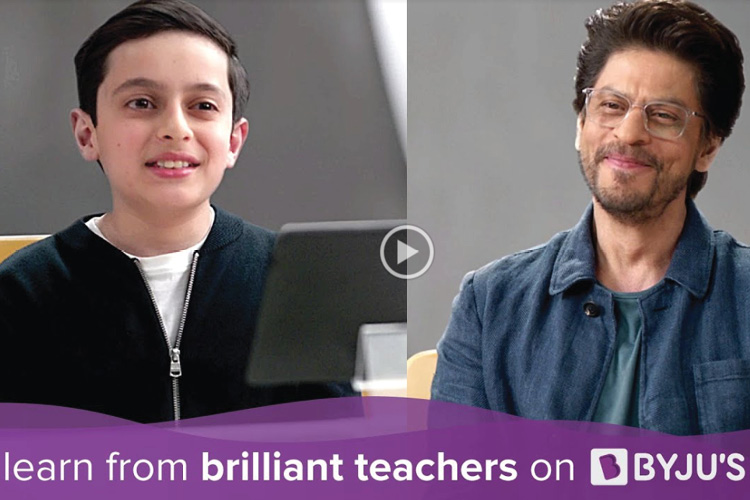 BYJU’S has unveiled a new series of TVCs, featuring Bollywood actor Shah Rukh Khan, that highlights the increasing preference for online learning by children today. With a strong student-centric message, the new ad campaign cuts across age groups to create more awareness among parents about the evolving learning habits of students and the best way for them to learn at home.

Conceptualized and created by Spring, the ad campaign focuses on BYJU’S’ core belief that children learn better when their learning experience is personalised and immersive. The TVCs portray Khan as host of a talk show for children - “Ghar Ghar Ki Kahaani”- where he discusses the most common and relatable household debate - “How should children learn at home?”. In this show, children discuss their daily challenges of learning from home. They also explain their changing learning preferences to Khan in a humorous way through popular dialogues from his movies.

The hero of all the films is the children who bust age-old learning stereotypes and talk about the power and impact of tech-enabled learning. The new campaign celebrates the evolving learning habits among students, the importance of conceptual learning and why parents should become more accepting of the new way of learning, through four fun and relatable films. The films also see showcases Khan, urging everyone to adapt to the newer and better way of learning with the message “Parhai ki larai ko khatam karo”.

Speaking about the new TVC launch, Mrinal Mohit, Chief Operating Officer, BYJU’S said, Our new ad campaign highlights one of the most common debates between parents and children - What’s the best to learn? The core objective of these films is to help parents understand and embrace the advantages of tech-enabled learning. It also reiterates how it is fast becoming a primary learning habit for the digital natives of today. The on-going crisis has led to a big behavioural shift in the mindset of parents who are becoming more accepting of online learning platforms as they are witnessing its impact in real-time. With our new ad campaign, we want to further convey that BYJU’S is the only learning program a child needs after school. With the immense popularity that Shahrukh Khan enjoys, we are confident that we will be able to address the common apprehensions of parents and further shape the evolution in learning that is taking place across India.”

Speaking about the partnership, Shah Rukh Khan said, “I love teaming up with BYJU’S because, as a parent, I truly believe in their vision and the message they want to share with the world. Parents play a crucial role in shaping their child’s learning habits. We need to step up and motivate our children to embrace new and effective forms of learning. With technology-driven platforms like BYJU’S, parents can help their children continue learning in these uncertain times from the comfort of their homes.”

In light of COVID-19, BYJU’S made the complete app content free and also introduced free live classes by the top teachers. Since lockdown, BYJU’S has witnessed a 3X growth in the number of students learning from the app and the average time spent on the app has increased to 100 minutes daily. 6 million new students started accessing the app in the last month alone. 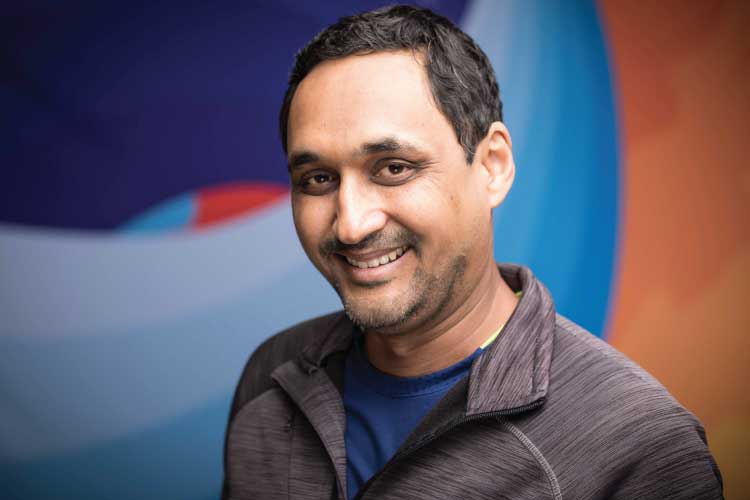 ‘VIRTUAL LAUNCH TOOLKIT IS HERE TO STAY EVEN AFTER THE PANDEMIC’ ‘DATA HAS ALWAYS BEEN MINDSHARE’S BACKBONE’ SERVING TO PROTECT WITH EDELWEISS TOKIO