Strengthening its creative leadership team in New Delhi, Publicis India has announced the appointment of Ranadeep Dasgupta as Executive Creative Director. He joins Publicis India from 82.5 Communications where he was the Creative Head, North. He will work alongside Vikash Chemjong and Basabjit ‘Tito’ Majumdar, who recently joined as NCDs.

Rono (as he is fondly called) possesses over 15 years of advertising experience and has worked for some of the reputed agencies in India managing top-draw clients across categories. Few of the brands that he has partnered with include Limca, Philips, Max Life Insurance, Vistara, Havells, Lava Mobiles, Luminous, Emami, Coca Cola, Doordarshan, Eicher Motors, Honda, Taco Bell, Mother Dairy Cow Milk among others.

Welcoming Rono to the Publicis family, Ajay Gahlaut, MD and Chief Creative Officer, Publicis Worldwide, India said, “Our creative team gets a leg-up in New Delhi with the coming in of Rono. He has a unique way of bringing brand ideas to life and I am delighted to have him steer a talented bunch of creatives under him. Together with Vikash and Tito, we look forward to seeing some outstanding and transformational pieces of work coming out of our New Delhi office.”

Commenting on his role at Publicis India, Rono added, “It’s a wonderful opportunity for growth and to do some great work alongside some really talented people. This role presents both the challenge and the excitement of working in an agency that has an entirely new age perspective towards the business.”

Rono began his career at a production house and then worked as a music CD salesman at Planet M before joining advertising. Across his 15-year stint in advertising, Rono has worked for firms like Bates, Rediffusion and Ogilvy – where he has had the longest stint of his career exceeding nine years.

Technology continues to be the driving force, says Sameer Tobaccowala of Shobiz 2020 will see an explosion of content across formats, says Navin Khemka of MediaCom Creativity and authenticity will be key, says Deepshikha Dharmaraj of Genesis BCW Kartikeya Bhandari, CMO, Livspace, explains how is the brand is working towards defining the home design and renovation category through content marketing

FEMINA RESEARCH REPORT: TELLING BRANDS ALL THEY NEED TO KNOW ABOUT WOMEN 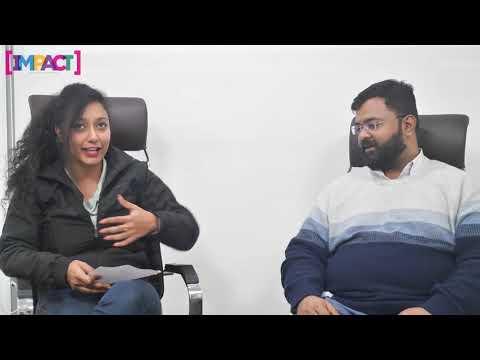 Shivam Ranjan, Marketing Head of Motorola Mobility talks about the marketing efforts of the brand