OTT PLATFORMS: ALL OUT TO WOO THE AUDIENCE

With the lockdown during the corona crisis, both social media companies and video-streaming applications are witnessing high consumer demand As spread of the COVID-19 pandemic leads to consumer behaviour changes, it is also set to change the fundamental ways in which media and entertainment is consumed. The lockdown has caused a sudden surge in consumption of media via mobile networks. Not only social media companies like Instagram and Facebook, but even dedicated video-streaming applications are witnessing high demand.

Shifting from HD to SD
The Cellular Operators Association of India (COAI) reached out to the Government to direct major OTT video-streaming platforms to undertake measures like switching off HD content to ease the pressure on network infrastructures. Uday Shankar, Chairman, Star and Disney India and other key stakeholders of the digital industry held a virtual meeting that included NP Singh (Sony), Sanjay Gupta (Google), Ajit Mohan (Facebook), Sudhanshu Vats (Viacom18), Gaurav Gandhi (Amazon Prime Video), Punit Goenka (Zee), Nikhil Gandhi (Tiktok), Ambika Khurana (Netflix), Karan Bedi (MX Player) and Varun Narang (Hotstar). A joint statement released by them stated that as an exceptional measure, all companies will immediately adopt measures, including temporarily defaulting HD and ultra-HD streaming to SD content or offering only SD content, at bitrates no higher than 480p on cellular networks. These voluntary measures will be in effect until April 14.
Netflix has said in a statement that it will reduce traffic over Indian telecom networks by 25% over the next 30 days, following similar moves in Europe to help Internet service providers experiencing a surge in usage.

As binge-watching on OTT becomes the new normal, OTT players are maximizing their audience by offering free content and experimenting with different subscription offers. For example, Amazon Prime Video has decided to offer more than 60 children’s TV shows, movies, and nursery rhymes for free in India and around the world. It has also extended Prime membership to all subscribers. Content will vary by region, Amazon says, due to rights’ availability. It is working with studios to license more content. Streaming platform ZEE5 also launched its #BeCalmBeEntertained initiative, as a part of which a line of shows and movies will be free to watch. “A list of premium content including blockbuster movies, first episode of some of our popular original series will be made available for a limited duration to our AVOD audiences for free,” says Aparna Acharekar, Programming Head, ZEE5 India. “We are in talks with some studios to bring a series of bespoke movie titles on our platform keeping the novelty of content intact for our audiences,” she adds. In the last few weeks, ZEE5’s MAU (Monthly Active Users) went up by 22% while DAU (Daily Active Users) was up by 15% as compared to the month before.

BookMyShow announced the ‘Live from HQ’ service, which will have a series of shows specially curated by Big Bad Wolf Entertainment from March 25 until April 1. MX Player launched ‘Data Saver Mode’ as an initiative to reduce broadband strain on infrastructure across the country. This mode is now set as the default setting on all mobile devices. This mode restricts its streaming on mobile devices to a lower resolution (480p instead of 1080p). “I am happy to share that collectively, all our advancements will reduce MX bandwidth consumption by over 70%,” says Vivek Jain, COO, MX Player.
According to Kantar – VTION’s passive OTT Audio Audience Measurement service, there was a reported 42% increase (amongst those Able to Consume OTT / Streaming Audio platforms) in time spent on listening to OTT/ Streaming Audio apps.

“We are working with our streaming partners closely to identify if there are any need gaps that we can help address with our slate through English entertainment or our regional dubs. We have upped our investments on dubbed content so that a large part of the country can enjoy our content in their own language,” Rohit Jain, MD Lionsgate South Asia says. Lionsgate, a global content provider, recently launched Lionsgate Play with Indian telecom company Bharti Airtel, and Starz’s subscription platform Starzplay in India.
Meanwhile, Star & Disney India’s premium content streaming platform Disney+ was supposed to be launched in India on March 29 as part of Disney’s India streaming service Hotstar, coinciding with the beginning of the Indian Premier League (IPL) cricket tournament. However, the roll-out has been paused briefly. ‘WE ARE BAKING FIVE DIFFERENT PIES’ 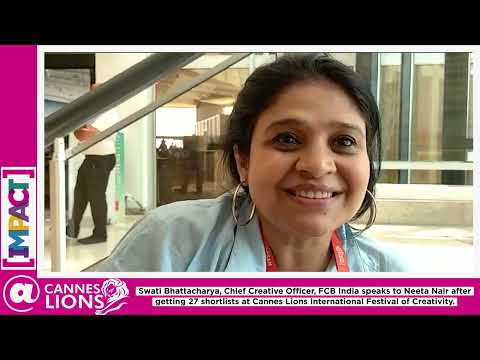