Marketers Forecast a Great Start to the Cricket Season The return of the much-awaited Asia Cup 2022 coinciding with the festive season has brought back the lost cheer among cricket fans in India. The anticipation from the series has been heightened with the possibility of three fierce clashes, the most in any international tournament ever, between arch-rivals --India and Pakistan. As the world puts the pandemic behind, the exciting build-up in the Asia Cup among fans and brands will serve as a perfect prelude to the upcoming T20 World Cup slated for October.

The first of the potential three matches which was played on Sunday, 28th August proved to be a thriller worthy of the hype as India avenged its 2021 T20 world cup loss with a five-wicket win over Pakistan. Sunday’s hard-fought contest which was won in style with a sixer by Hardik Pandya has created a massive build-up for the upcoming plays as well.

An India-Pakistan face-off is not just a game, it is an emotion that connects the huge cricket fan base in India. With a gripping start to the series, this season of the Asia Cup promises to more than make up for the lost time due to the pandemic.

Exchange4Media speaks to marketing heads to know their experience of watching the nail-biting encounter on Sunday.

For Girish Hingorani, Senior GM, and Head of Marketing and E-Commerce and Modern Trade at Blue Star Limited, India-Pakistan matches are always about emotion, passion and pride, making them special.

“I am an ardent cricket fan and wouldn’t miss India-Pakistan for anything. One always looks forward to these matches which are enthralling and not one-sided just like the yesterday’s match. It was closely fought with the balance shifting from one team to the other until the last ball,” said Hingorani who watched the match with his family with an eye on the predictions and comments shared by colleagues on WhatsApp. “We always have an India flag around us while watching these matches. During some of the earlier plays, my wife and daughter had the tricolour painted on their face. These matches provide for memorable moments,”said Hingorani.

Anamika Mehta, COO IPG Mediabrands, who watched the match on a big screen at home with family sharing popcorn, food and superstitions describes the Sunday victory as a ‘high voltage counter’ “An epic match which ended in an epic win on an epic Sunday. A sweet revenge for the Men in Blue after last year’s loss to Pakistan. An evenly fought battle turned a thriller with all its twists and turns as it was down to the wire into the last over,” said Mehta. She has high hopes from the upcoming matches as well as the cricketing season ahead. “Fingers crossed but in the given format for the first time ever we will surely have two more India-Pakistan games making it a blockbuster Asia Cup and a stupendous start to the cricketing season ahead. It would be super enthralling! And, should India cross the line thrice over, the game and business of cricket will emerge bigger and stronger for all alike,”said Mehta.

Sunday evening was spent by Ajay Dang, President, Head-Marketing Ultratech cement, bonding with his son in Canada over the India-Pakistan match. “India-Pakistan matches are always exciting as they are rare. I enjoyed sharing notes, comments with my son who was also watching it from Canada,” said Dang. He added that he was hopeful that all the fans, including himself will have the same high-octane energy even for the upcoming matches. 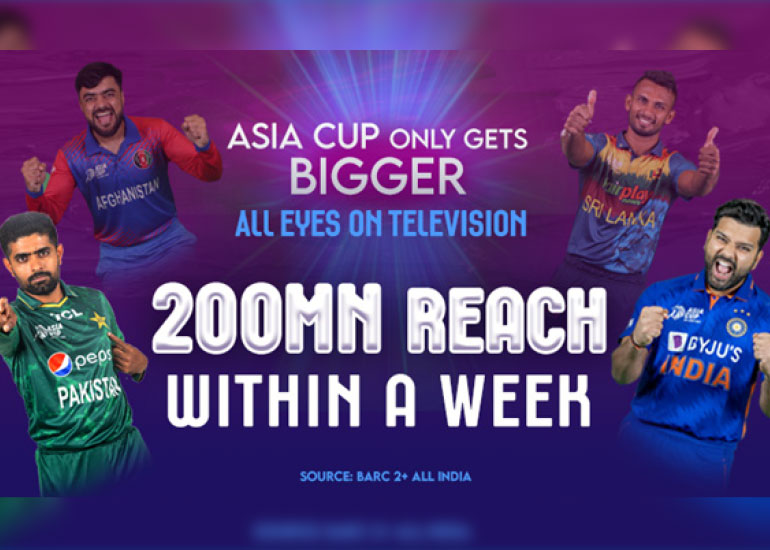