Sports sponsorship grew at an impressive 17% in India, crossing the INR 9000 crore mark in 2019, according to the annual report on sports sponsorship in India released today by ESP Properties. The entertainment and sports division of GroupM India also noted in its report that 2019 was the year for cricket, which enjoyed unanimous domination in the sports advertising sector. On-ground Sponsorship grew by 25%, for the first time, crossing INR 2000 Crore mark. Overall industry upsurge was INR 1347 crore of which INR 800 crore was contributed by media spends alone growing at 18%.

IPL & ICC World Cup gave a push in both, On-Ground Sponsorship and Media Spends. Digital shot up by a whopping 84% from INR 475 crore to INR 875 crore. While TV continues to grow as the biggest medium for ad spends in sports, brands are also having a clear digital plan along with a presence on TV to build a rapport with their consumers by reaching out to them in more ways than one. Engagement and interactivity are important elements of consumer marketing, and digital technology can be leveraged well to give differentiated solutions to sports lovers. 2019 also saw fantasy sports applications growing fast as advertisers and this traction will be carried forward into 2020 also with new experiences for the Indian sports fan.

BCCI home series deals saw double the jump in sports sponsorship amounts. Paytm’s bid was at 58% incremental value in comparison to the previous per match value. Dream11, Lafarge Holcim (ACC Cement and Ambuja Cement), Hyundai will be the official sponsors for the next four years. At INR 2.59 Crore per match, the three sponsors will layout 73% more than the previous round.

Vinit Karnik - Business Head, ESP Properties said, “Indian sports industry is on an upward trajectory breaking new grounds year-on-year. While cricket proved its dominance in 2019, overall the last 5 years the industry has doubled its size. If we look further, we can see a strong CAGR of 12.8% in the business of sports over the last 10 years, making it one of the strong pillars of the Indian economy. With the sports industry growing at 17% in 2019, the momentum on sports with added thrust from the government provides a holistic opportunity for the sector. Initiatives like Khelo India and Fit India movement are drivers towards making India a truly sporting nation.”

Prasanth Kumar, CEO of GroupM South Asia said, “Over the last decade, we have witnessed the growth of sports leagues and their gaining popularity across the country. The sports industry has been growing and has witnessed a significant upward shift in the overall ad spends. The passion and excitement that’s involved in this platform have only strengthened. We see more and diverse audience indulging with this platform. Many innovations and leverage of assets in this space are powerful opportunities. As we are unfolding another decade, we see this space to be providing powerful thrust for greater brand stories.”

The non-cricketing space was dominated by women athletes. Badminton queen P V Sindhu was the leading non-cricketing athlete in 2019 in terms of brand endorsements. While Sindhu added four brands to her portfolio, the most notable one among them was her tie-up with VISA that made her the first Indian athlete to endorse the financial services brand.

Mary Kom was another prominent name in the list of brand endorsers. While she brought glory for India at international Boxing events, she also added four brands to her tally. Adding to their list of brands were track & field sensation Hima Das and Olympic Medallist Sakshi Malik too. All the women athletes added 11 new brands in 2019 takes the tally to 45 from 34 in 2018. BRANDS CAN WIN CONSUMERS’ HEARTS WHEN THEY TAKE THE HIGHER GROUND THE ROLE OF PUBLIC RELATIONS IN A PANDEMIC DWELLING ON MY CARAVAN OF MUSINGS

‘I DEPART IN HAPPINESS,’ MY FATHER SAID TO ME…

‘IT’S A TIME OF NEW OPPORTUNITY’ 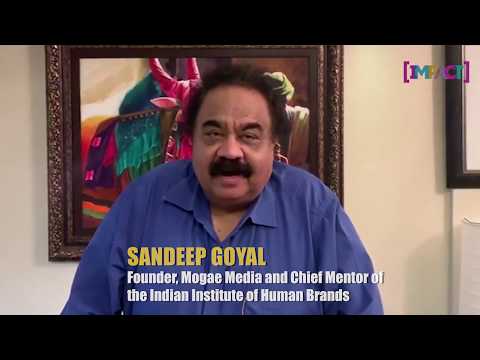