Hari Krishnan has been appointed as the CEO of Mullen Lintas. Hari moves from Lowe Lintas where he was President and was spearheading the South operations. Hari Krishnan has been appointed as the CEO of Mullen Lintas. Mullen Lintas was set up in 2015 as the challenger minded agency with "Most talent per square foot". It broke into top 10 agencies in India within 2 years of launch. Hari moves from Lowe Lintas where he was President and was spearheading the South operations, one of the country's leading agency offices.

Speaking about Hari's appointment, Virat Tandon, Group CEO, MullenLowe Lintas Group said "Mullen Lintas has created a name and stature for itself in a very short period of time and is poised for more. The reason for that lies in our commitment to always put the A-Team at Mullen Lintas. So, when we were looking for the best person to lead the agency as CEO, Hari was the natural choice. He has the best credentials in the country as a P&L leader, an entrepreneur and as a brand and idea champion. He is passionate about making the agency future oriented. Actually, he is passionate about almost everything he does. We were fortunate that he also happened to be working at Lowe Lintas. Hari's appointment is another big step to ensure that Mullen Lintas lives up to its purpose of Challenger Thinking and offers clients a credible alternative to the top 2-3 agencies. His insatiable appetite for growth, challenges and creative excellence makes him the perfect candidate to drive Mullen Lintas into its next phase of growth and discovery.”

With over 20 years of experience in the Advertising & Marketing industry, Hari has worked across multiple product categories and consumer segments. From global brands to challenger brands to start-up brands, he has partnered a diverse portfolio and has led large multi-cultural teams and P&L operations successfully. Before his stint at Lowe Lintas, South, he was the CEO of MullenLowe Group, Sri Lanka where he led the acquisition and transformation of the agency leading it to become the Effie Agency of the Year back in 2015. He’s also worked with GREY Global, JWT and was VP Marketing at Star TV, in the past. The key brands he has partnered include Unilever, Britannia, MRF, Flipkart, Swiggy, Phonepe, Tanishq, Fastrack, Titan, Arvind Brands, Parle, Ferrero Rocher, 3M, DELL, Ford, Maruti Suzuki, Audi, Future Group amongst others.

Speaking about his appointment as the CEO of Mullen Lintas, Hari Krishnan said “If Lowe Lintas is like an aircraft carrier in the high seas – solid, powerful and battle ready 24/7, then Mullen Lintas is a turbocharged, supercar with a V12 engine that has zoomed its way into the top 10 list, punching well above its weight and leaving behind some of its illustrious counterparts. The creative firepower, pace, agility and intensity of Mullen Lintas is just what brands need in a Marketing World that is mutating and evolving rapidly. It’s both scary and exciting to be in charge of this beast and I look forward to partnering the amazingly talented and passionate gang of Mullenials.” Donning the new role at Mullen Lintas, his mandate will be to further strengthen the agency's position and reputation in the industry. The appointment will be effective, January 2020. A high-powered jury led by Avinash Pandey, CEO, ABP Network is set to finalise the 30 achievers in media and advertising for the property’s eighth edition 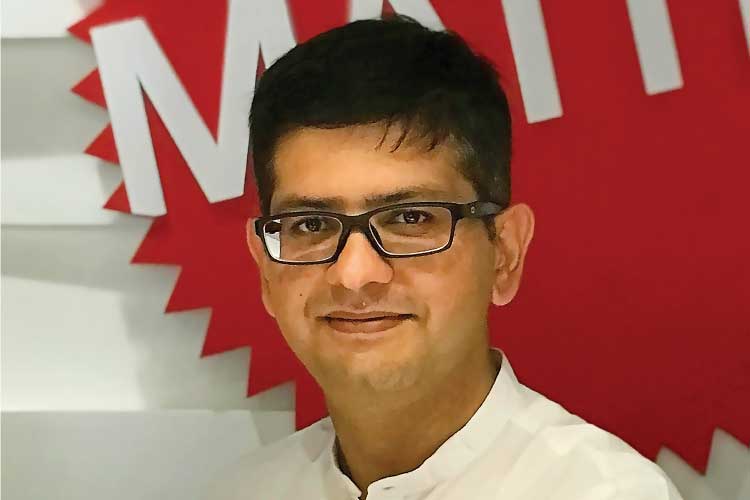 ‘PLAYING IT FORWARD’ WITH MATTEL