I MISS THE FANTASTIC HUMOUR AT CANNES: PIYUSH PANDEY

Piyush Pandey, CCO at Ogilvy Worldwide, sums up the Cannes festival in his trademark candid style as traditionally done for IMPACT It was Piyush Pandey’s first visit to Cannes after assuming his new role of Chief Creative Officer of Ogilvy Worldwide in December, 2018. A Cannes regular, Pandey has always been a familiar figure at the Palais des festivals and the award ceremonies. However, it was a different story this year with international media attention, and a meeting schedule that left the veteran adman with very little time. He even missed award ceremonies which he otherwise wouldn’t miss. Pandey spoke to SRABANA LAHIRI on the sidelines of the festival, candid as ever, and helped sum up the festival as has traditionally done for IMPACT.

Q] What stands out for you, what are the trends that you observe at Cannes Lions 2019?
A few things that can be easily seen – No. 1 is that there is a greater diversity in terms of more countries being represented, which is wonderful for creativity on the whole, we learn from each other. I saw several new countries showing up, and that excites me always, since the days we started appearing for the first time. I saw some shortlists from Bangladesh; I had never seen those earlier. It’s nice to see advertising booming, though culture needs a little more understanding. Countries where the culture is different have been recognized but hip-hop type stuff is coming from small countries. The intrinsic culture of small countries, that’s not been seen. It could have been seen a little more - greater diversity beyond the US and UK, where the trends and patterns are the same.

No. 2 is that human feelings are still not dead. Look at the work from Nike, look at the work from New York Times, they are not technology-led. They are very human insight-led. You see a lot of work which is being done, the digital media which is nice. What I miss is the fantastic humour that I used to see at Cannes. May be it will be back, but I think it’s a cycle. Laughter never goes out of your life. It will return at Cannes too. So, overall a healthy experience, newer people from newer places, and very interesting conversations.

Beyond that, we will analyse the little bits and pieces in the days ahead. It’s too early to do that.

Q] This is your first visit to Cannes after assuming the global role. So, how has it been? Has it been different than other years?
I have received a lot of attention by a whole lot of media from around the world in terms of how John (Seifert) and I are looking at this. How do I see my role? So, this is a kind of visiting card in the new role. Getting to know one another more than anything else… I met a lot of clients, got to know them and their needs. And we will take it up from here.

Q] What have been some of your conversations with clients?
Clients need creative solutions. How do you get there? Obviously they need some kind of ROI or measurement. Sometimes ROI would be by numbers, sometimes it won’t be by numbers. Some people understand that, some people don’t understand that. But, at the end of the day, everyone needs a creative solution that makes the business happen. At Ogilvy, we believe that making brands matter is what we are all about. So, we will never let ourselves forget that.

Q] Have you been able to attend the award ceremonies?
Not many. Today somebody met me from a company called Landmark in Dubai. They had won their first ever bronze; they were so thrilled, they wanted to take pictures with me because they had heard me speak earlier. They said we are following in your footsteps. I said, no, you create the footsteps, I will also follow you. 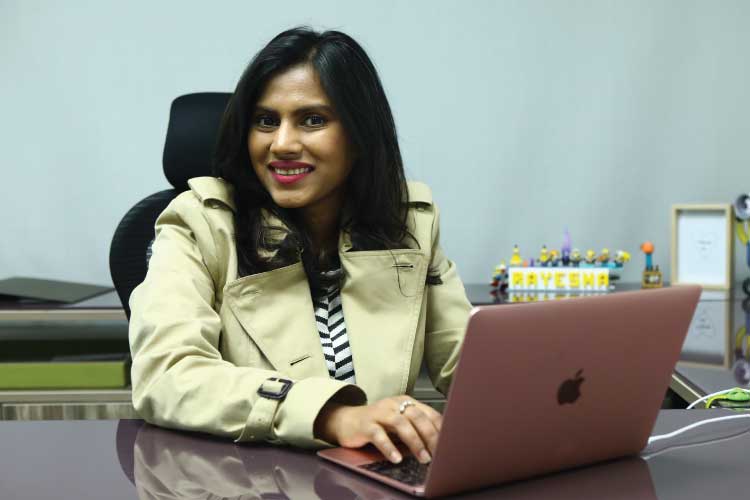