Actor and entrepreneur Suniel Shetty talks about leading his businesses through the pandemic, surviving in an unfair world and his success mantras AB: What has the COVID-19 pandemic taught you?
SS: There have been a lot of learnings. I always believe that I am an honest man and have done everything right. I have paid my staff on time, kept them happy, and most of them have been with me for close to 35-40 years. However, recently I realised that there is a lot of injustice that has been done to them.

They deserve a lot more. There has to be a lot more equality. I have also realised that whether it is a driver, a staff member or a service help, everyone is equally important. As an entrepreneur, what I have realised is that we need to bring on five more kids rather than removing 25 of them.

More so now, since people will be losing their jobs. Apart from this, I have realised that tech is all-important and will be more so in the near future.

AB: What is your take on democratising talent in Bollywood?
SS: Personally, I had a tough time when I joined the industry. I believe I have a number of children at FTC in addition to Athiya and Ahaan. I am trying every day to give kids an opportunity.

AB: You have reinvented yourself by being an entrepreneur. What advice do you have for young entrepreneurs who look up to you?
SS: Today, it is a balance of tech and human capability, and this combination will become more important in the future. Entrepreneurs have to be aware of what today’s generation is thinking. Success for an organisation or entrepreneur would be combining the right people with the right process. Tech has taken us to an absolute different level. Downsizing should be done only in terms of unnecessary expenditure.

AB: Did you have failures in business? If yes, what have you learnt from them?
SS: Yes, why not? If you dare to do something different, you will fail often. Probably, you are before your time or absolutely different. I failed in a lot of businesses. But because some of my businesses are successful now, people talk about them and that is what they want to relate to.

I have done things which were probably not meant for the long term and were fads. From those moments, I made the money I wanted to. In that sense, they were not failures but didn’t last a lifetime as planned. I realised that whenever I did anything on my own, it was never successful.

But whenever I collaborated with someone, who was the master of what they did, it added to my experience, goodwill, value and my know-how.

AB: You give your 100% to whatever you do. What is the role you enjoy most these days?
SS: For me, my dream is FTC. Making the industry a marketspace where any kid would get an opportunity to try and fulfil their dreams, provided they have the talent, intention and don’t want just glamour.

A lot of hard work goes into it. I have made 130 films and have given opportunities to 75 new directors whereas I could have simply repeated blockbuster directors and played it safe. That is why when someone says nepotism, it hurts a lot. Even today, for me, it is not the money that matters, but the kids with whom I work.

AB: What is the business model of FTC? How does it make money?
SS: Right now, content is something we are working on. Recruiters who come in have to pay a one-time fee. But it is about scaling up, getting more people on board, giving more jobs and getting the industry to depend on you. AT LENOVO, WE HAVE ALWAYS LOOKED AT A BALANCED MEDIA MIX ‘WE WILL DOUBLE DOWN ON OUR CONTENT PILLARS THIS YEAR: FERZAD PALIA Actor Shreyas Talpade talks about his new OTT platform Nine Rasa, which aims to bring the magic of theatre to viewers on digital screens

AT LENOVO, WE HAVE ALWAYS LOOKED AT A BALANCED MEDIA MIX HOW VEDANTU IS CHANGING THE FACE OF LEARNING 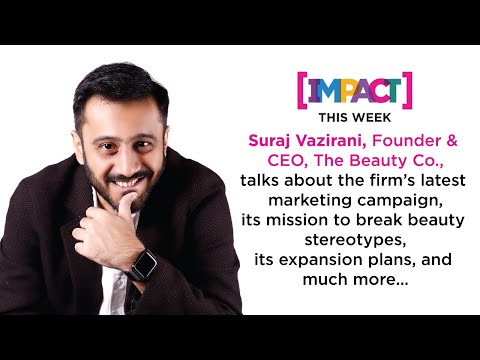 Suraj Vazirani of The Beauty Co. explains the role of marketing in the business journey of the brand