With 18 sponsors and counting, Gautam Thakar, CEO, Star Sports tells us why Dream11 IPL 2020 is one for the books ‘THIS IS GOING TO BE THE BIGGEST IPL EVER’
With 18 sponsors and counting, Gautam Thakar, CEO, Star Sports tells us why Dream11 IPL 2020 is one for the books with the highest projected viewership

When Chennai Super Kings and Mumbai Indians step on the cricket field this Saturday, i.e. September 19, in Abu Dhabi, UAE, millions of cricket enthusiasts are expected to tune in to see last year finalists take on each other in yet another blockbuster encounter.

While we will have to wait and see which team takes home the Dream11 IPL 2020 trophy, what’s certain is that it will be the game of cricket and the sports starved viewers who will be the winners.

For Gautam Thakar, CEO – Star Sports, pulling off the telecast of one of the biggest sporting spectacles in 2020 - in just six weeks during an ongoing pandemic amidst a lot of uncertainties – one would say has been challenging. However, Thakar is confident that Dream11 IPL 2020 will be the biggest ever, in revenue and viewership because of the response from both advertisers and viewers.

Q] Media reports indicate that Star Sports may match or marginally exceed last year’s revenue of Rs 2,000 crore IPL this time coincides with the festive season. What are your ad revenue projections for this season?
This is going to be the biggest IPL ever, both in terms of viewership and revenue. We have sold 95% of our inventory and have 18 sponsors onboard for the show so far. This is the highest number of sponsors we have ever had.

Brands had allotted spends for IPL, Asia Cup and T20 World Cup, and now with Dream11 IPL being the only cricket property for 2020 plus it being a festive season, it has become the obvious choice for brands to make.

The matches start earlier at 7:30 pm, there are fewer double headers and this should translate to higher ratings as there is a pent-up demand and people are confined at home. Overall, it’s been a strong season in the run up to the IPL and closer to Diwali we expect to see more interest.

Q] What is the overall sentiment of advertisers to IPL and the upcoming festive season?
IPL is normally scheduled at the end of March and we actively start selling in October, which gives us over five months to sell the inventory. This year, when the dates were announced, we had about six weeks to sell.

The advertiser response has been tremendous and this is a sign of both what Star can do to make this property big and the appetite for the festive season. In addition to IPL, two other big ticket cricket properties, Asia Cup and ICC Men’s T20 World Cup were scheduled in September and October respectively.

Advertisers would have budgeted for all three and now only one event is happening. Also, many advertisers have been quiet for the last four months and are looking at Diwali.
There has been a lot more interest this year than in the past from the FMCG category.

P&G, Unilever, ITC, Mondelez, RB and Nestle are brands that don’t necessarily advertise on IPL and sports but this year they are all advertising. The online categories – education, finance and e-commerce are strong. Individually, auto players are spending less but there are more players spending, so in aggregate we will be at or above where we thought we would be.

Coca Cola has been a regular on IPL and they might spend less due to the seasonality but they are still spending. Categories like air conditioners will be missing out because the season is not conducive for them. There’ll be some pluses and minuses but in balance its more pluses than minuses as the new categories have more than made up.

Byju’s is the title sponsor for pre and post programming show. Even though this programming doesn’t get the same volume of audience as the live matches, the audience levels are very high.

Q] With four regional sports channels showing IPL, are you tapping the regional local retail clients?
We sell inventory only nationally for IPL. From an advertising perspective, the value proposition of IPL is that it is the largest aggregator. You can’t have a better vehicle than the IPL on Star to achieve the reach goals that you have. So, we don’t see any value splitting it up by regional channels.

Our idea of launching regional channels was not to have regional advertising but to give consumers an experience in the language they are most comfortable in and to maximize total reach. Earlier, in Tamil Nadu 90% of IPL consumption was in English. Last year, with Star Sports Tamil 92% of the consumption is in Tamil.

The local audiences connect with the commentators and experts speaking the local language and the tonality is different. This drives engagement and gets more people interested in watching cricket and IPL.

Q] Any challenges?
No, it’s just been a different experience. We have created our own bubble in the office for the commentators and the crew. So, for the seven-week period of IPL, they will be ferried from the hotel to the office and back as we don’t want them to have any exposure.

A lot of thinking and planning has gone into how to keep people safe and secure, put them in a bubble to prevent exposure and minimize the risk of COVID-19. I wouldn’t necessarily call it a challenge but it’s something that the world hasn’t had to deal with earlier.

We are still working out which channels but we will utilize at least one channel in each of the key markets, Karnataka, Tamil Nadu, Andhra Pradesh and Bengal. For the Hindi speaking markets, we will use Star Gold. We will make sure that there is mass awareness and availability of IPL on the opening day/weekend because once the tournament kicks in, it takes over.

Our job is to get everybody excited and aware about IPL and ensure it is available so that audiences will watch the game. In addition to the opening weekend, we will use the network channels on Sundays which is a family day.

Q] With Digital consumption at a high, will Hotstar impact TV viewership?
IPL will be massive for Star as a group. We are less worried about where people watch. One of the metrics we measure internally is, ‘billion minutes of consumption’ and the aggregate billion minutes between Hotstar and TV is what we really look at. For us that means the viewership has grown and people are watching.

Q] If all goes well, six months later, the IPL will be back. But will there be fatigue?
The short answer is who knows, but I feel optimistic. The ICC Men’s T20 World Cup was originally scheduled during this time, so it’s not as if suddenly there are two big cricket events. Also, IPL will be back in India and hopefully with a vaccine we will have people back in the stadiums bringing back excitement and on-ground sponsorship.

We hope that by March next year the macro-economic situation is better, things improve and we can all benefit from it.

The TVC puts a spotlight on the stories of hope and instances of people helping each other.
“As a country, we have always come together during testing times and we have seen the same over the last few months. There has been a greater sense of community and empathy that has demonstrated the resilience of the human spirit. The ‘Ek Saath Waali Baat’ campaign has been created with this same ethos.

Dream11 IPL is the most-watched sporting event in the country and this year, it is even more special. The campaign builds on the sense of community and signals towards the much-needed emotion of hope,” says Gautam Thakar, CEO - Star Sports. THE CREATIVE STARS TO WATCH OUT FOR TRENDS THAT WILL DEFINE 2022 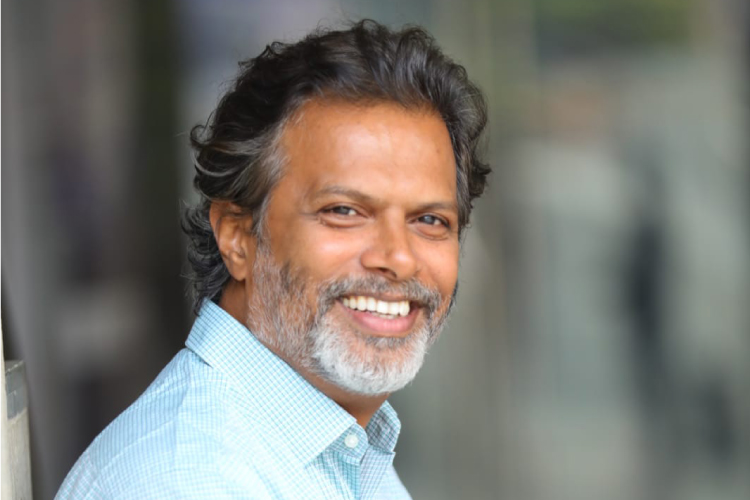