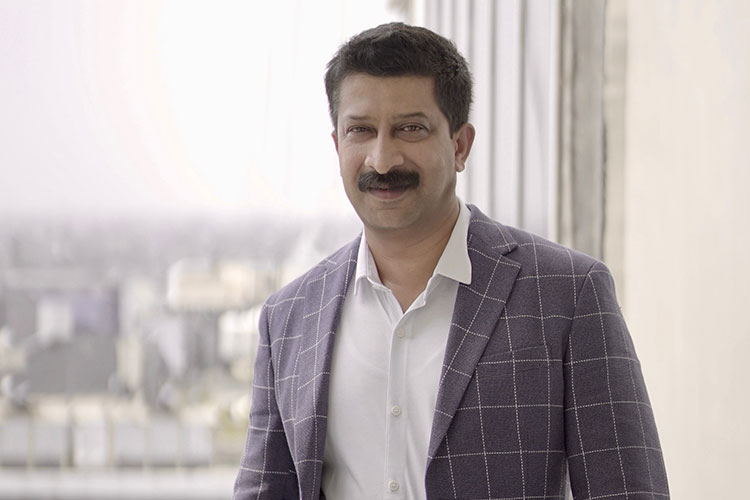 Haier’s latest TVC titled ‘Silent Performers’ highlights the achievements of India’s leading sportswomen while talking about its washing machine technology. Satish N. S., Senior Vice President, Sales & Marketing at Haier Appliances India, talks about the insight behind the campaign, the currents of the festive season and the economic scenario

Q] Haier’s latest TVC ‘Silent Performers’ has been getting good reviews. Can you share with us the insight and objective of the campaign?
We had this new washing machine with Direct Machine technology. Generally, in a machine there is a motor and a fan built which are connected to the drum with a belt. And when the motor is running, there is a lot of noise and vibration. This washing machine with Direct Machine Technology does not have any belts connecting the fan and the drum. They are connected through magnetic coils and hence no noise and vibration when the machine is working. Now, we did not want to sell this product just on the basis of its hardcore technicalities. We wanted the campaign to have a synergy with things which perform silently around us. Initially we were looking at somebody who is working for children’s education or for poor people. We looked at sports. We saw cricket which was highly celebrated and hockey in team events. We then came to individual sports performers who have been performing well and bringing a lot of recognition to India under difficult conditions. We eventually narrowed down to these women athletes, Dipa Karmakar (Artistic Gymnast, Olympian, Khel Ratna Awardee), Hima Das (Sprint Runner, Arjuna Awardee) and Simranjit Kaur (Indian boxer), who come from remote places with very humble backgrounds and despite that performed strongly for the country. Therefore, we decided to bring their silence into the picture with this TVC. ABOUT THE BRAND
Haier India is a 100% subsidiary of the Haier Group. The company initiated its commercial operations in January 2004 and offers a wide range of products in consumer durables. In August 2018, Haier signed an MoU with the UP Government and announced its second industrial park in India in Greater Noida, Uttar Pradesh.

Q] The campaign was released just a few days before Diwali. Was it timed that way to leverage the festive season?
Yes, it was the right time. In durables, Dhanteras and next 7-8 days after it are the peak time for sale. We launched this campaign 10 days before that, which is the right time for decision-making.

Q] Is this year’s festive season impacted by the economic slowdown as compared with last year?
No. We are not feeling it. In my opinion, brands were not very aggressive this time in terms of advertising and promotions. We went a little extra. We saw this as an opportunity to get a clutter-free environment for advertisements and promotions.

Q] According to reports, metros have shown some growth during the festive season. However Tier II and III cities have been tepid in terms of sales. What is the trend that you have noticed?
At present, even in a slow market economy we have grown at around 45%. Our sales across cities have been growing well. We have not noticed any difference in sale in metros and also in those of Tier II and III markets. Of course, large dealers who are advertising in local markets are doing good business.

Q] The smart television category is reportedly struggling for growth. Have you noticed such a trend?
There has been a fundamental shift in the smart television category. Up until two years ago, durable brands like the LGs, the Samsungs and Sonys were strong in this category. Of late, brands that are very strong in the mobile space have launched televisions too. Consumers think that if a brand makes good smartphones, they are also good in terms of making televisions. That’s the perception. So, there is probably a fundamental shift that is happening in the space, but the market is definitely growing. Consumers are shifting to Smart TVs and that too with larger screens.

Q] E-commerce platforms like Amazon and Flipkart give away huge discounts on products during their sales. How does this impact sales at retail counters? Does it result in cannibalization of offline sales?
About 3-4 years ago, sales from e-commerce sites was not so significant, but at present around 6-7% of our business and that of the industry comes from these sites. So it’s is like a sales channel. We treat it as one more channel. Yes, youngsters today prefer buying online and that is the fundamental shift happening. But we keep separate models for sale online and offline. We try to segregate within a model for e-commerce
sites and offline retail so that the discounting does not disturb our channel.

Q] How would you define your key target group?
In terms of the age group, we look at probably 35 to 50, living in about top 50-60 cities of India. That’s the profile of target consumer group.

Q] What is the key challenge for the brand right now?
We have been consistently growing in the last four years. So, I don’t see growth as a challenge. However, with the speed that we are growing and probably intend to grow, subsequent channel expansion is taking some time. The offline channels take some time to gain confidence in the brand; they see whether the brand is doing well or not, whether the sales and service of the company is good and whether there is enough demand for it. It takes about 4-5 months to build confidence for a trade partner. Being a late entrant, that is the challenge we face between top brands in the category and us.

Q] How are you enhancing consumer experience at retail stores?
To give you an example, in order to highlight the silent feature of our washing machine, we have kept a bowl with water and fish on that machine. We switch on the machine and show the customer how silent and vibration-less it is. Secondly our demonstrators and in-shop promoters are trained to read the customer and explain technical features.

Q] MarTech has changed dynamics of the industry? How are you using technology for your marketing activities?
We are using a lot more digital marketing now in terms of content and targeting than we ever did before. Initially, we focussed on mass as we wanted to take the brand up to a particular level and have top-of-mind recall among the consumers. Now we are going more specific on the digital space. We are using technologies for that like Zapr, InMobi, etc. to understand consumer feedback.

PROFILE
Satish N S, Senior Vice President, Sales & Marketing at Haier Appliances India has more than two decades of industry experience. As part of the Haier leadership team, Satish has successfully streamlined and consolidated the sales function and strengthened the channel network for the brand across cities. In the past, he has held several leadership positions with brands
such as Onida, Samsung, Panasonic and Videocon.

MARKETING TIP
Know your  consumer well. Get your basics right..