WHY I CHOOSE NOT TO FEAR FAILURE

Raveendra Singh, Head of Marketing, Sales & Strategy, Imagica writes about the importance of embracing failure rather than fearing it Failing fast and learning is now a famous adage for innovations and start-ups, but early in life, I had realized it applies equally for everyone, irrespective of whatever walk of life or background you come from. I had tasted prodigious success very early in my student life – whether it was in academics, quiz competitions or Olympiads. I was the all-round achiever, the kind of kid that makes everyone around proud and happy. But this success in the bubble of one’s limited city or state is never in the context of what follows in life for young kids. And that was the case with me too. I would not say that I was arrogant, but with a chip on my shoulder, I headed to Singapore on 31st December 1999, all of 15 years to head to junior college and university on a prestigious fully paid scholarship. The opportunity in Singapore was amazing with an exposure no one is usually afforded at such a young age. I was interacting and working with the crème de la crème from the fraternity of academicians and students from India, Indonesia, Malaysia and Singapore. In this competitive peer group, reality struck soon and my performance and achievements normalized. I was no longer the best in class, nor was I outstanding in academics. I tried to find my niche with programming and start-ups. In the early 2000s, when Google and Wikipedia opened the annals of learning, I dived deep into incubation cells. Dot NET was being promoted as the platform for mobile developers by Microsoft to compete with Java and open source. I was one of the early developers of location-based ad services on mobile in the world. Unfortunately, the technology and ramifications for service providers were too ahead of their time - the tech had no takers. Location-based services became fully utilized and exposed only a decade later when Android phones came along. Living and studying away from home and family had a lot of challenges and pressure to continuously perform. Alongside this, the disappointment in the incubation endeavour took a big toll on me. As teens and young adults do, I made the mistake of fearing failure and trying to deal with it all by myself, not sharing my travails with anyone. Over the course of that time, I also realised that the ‘what ifs’ are a very dangerous path to go down, and they can cripple your ability to act swiftly. The incubation setback was something that hit me pretty hard, and situations like these fill you with self-doubt and uncertainty. It was at that same time that I suffered major health setbacks and ultimately my family decided to step in and bring me back to India. When I returned, it felt like I was starting from scratch but after recovering and getting back to good health, I was happy to be performing again! I did my MBA and started with a dream job as a strategy consultant. From then on, it has not been all hunky-dory always, but now I know that it never will be! I learned a few tough lessons from Singapore, some of which I realized much later on in life. Neither crests nor troughs last forever. Most importantly, failure is not something to be feared but embraced. 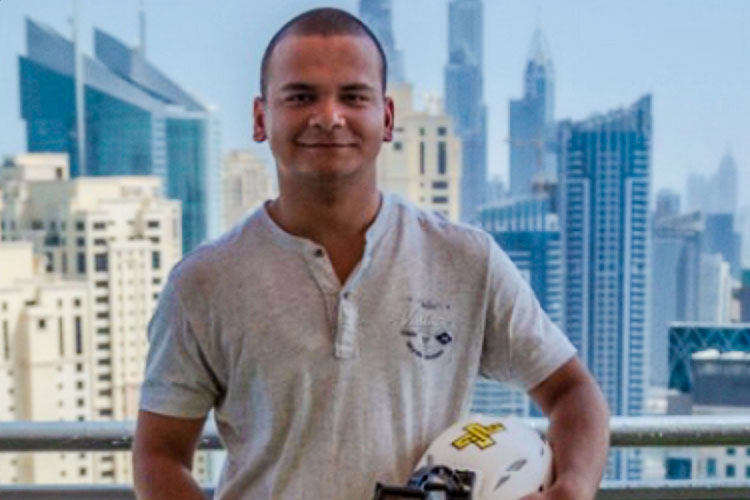