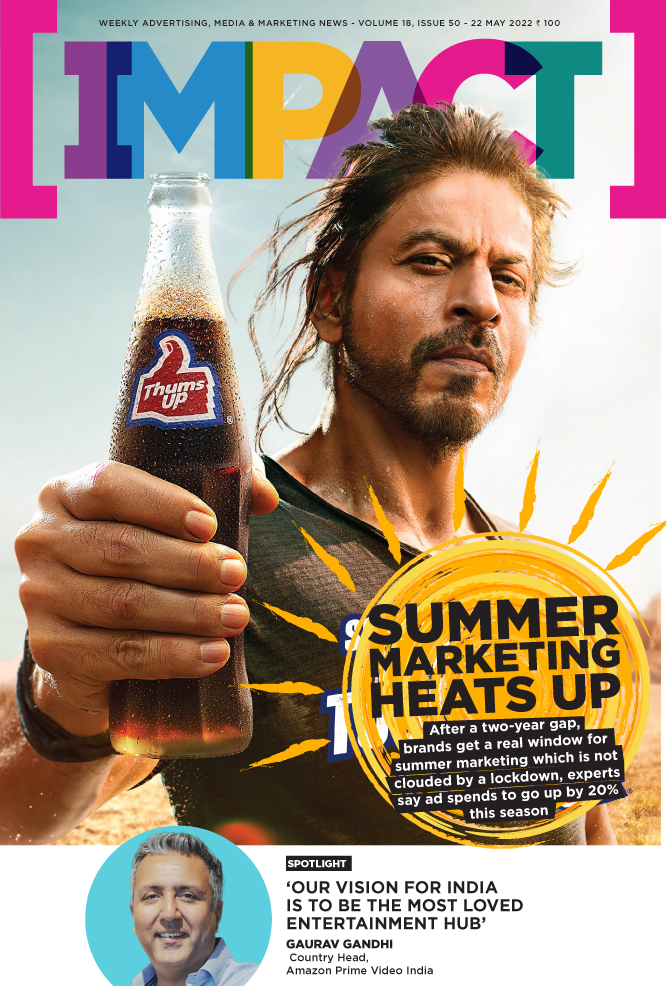 For the launch of its Canvas Unite series of phones, Micromax has launched a 360-degree campaign which focuses on some urban Indians’ love for English and the resulting running down of those whose first language is a regional one.

For the launch of their Canvas Unite series of phones, Micromax has launched a 360-degree campaign which focuses on some urban Indians’ love for English and the resulting running down of those whose first language is a regional one. In a TVC featuring a ballet dancer, who is poked fun at for having Punjabi interface in her phone, goes on to deliver a graceful performance, followed by shots of many Indians achieving success despite being shown from regional backgrounds. In another film, comedian Kapil Sharma delivers a near-monologue to a guy on a film set for making fun of a junior actor who doesn’t know English. Both films have references for the phone’s fingerprint sensor feature as well as other language-related features.

When in Rome, sell what Romans need to buy, but when you’re Roman yourself, go a step further and sell what Romans love to buy. Micromax may not have been the first to offer regional language support on phones in India but it has long built an image that it’s the best brand to do so. Its first big hoist in advertising this image was in August two years ago with the Unite anthem which featured top Indian singers.

This time, after foraying into TVs and more, Micromax has launched a new firework that displays its regional language prowess in full glory. The TVC is about a ballet dancer who gets a jibe from two urban girls but goes on to give it back with a stunning performance, while the film featuring Kapil Sharma, a web film apparently, is almost a miniepisode on self-pride and the role of language in confidence.

The 46-second TVC, the centrepiece of the campaign is well-made, because it moves on from the dancer girl to young, energetic Indians from across professions – chefs, start-up guys and stand-up comedians. The film is powerful in addressing the rising confidence of the new, successful Indian who is shattering glass ceilings despite the English barrier, not because of it. The ‘nuts guts glory’ route that the brand has recently gone on packs in further punch, and leaves the viewer very proud.

The second film, where I assume the makers had a wider ‘canvas’, is on the sets of a film featuring Kapil Sharma. I don’t know why this is a separate film because it says the same thing as the centre-piece but only in 400 words more, but then again, a Kapil Sharma would warrant an ad on his own. If you have watched his show, you will know the man knows very little English and is still the king of comedy. He’s one of Micromax’s heroes. In the ad though, he goes on to full-preach mode and delivers a needless address and slightly bores me instead of keeping it short and impactful.

This is remarkable work, nevertheless, and is a must-watch for Indians of all languages.

(To watch this spot, check out YouTube.com/ MicromaxIndia)

YOUR REGULAR DOSE ON THE SHIFTS IN THE SOCIAL MEDIA UNIVERSE

Here’s a deal that will be seen as the pioneer. In what totally signals the future of sports, the Caribbean T20 cricket League, CPL, a big hit in the nations there, will show its matches live on Facebook, using the feature Facebook Live. This is a big deal as it’s the first broadcasting deal of its kind, and India has much to see here, with a thriving sports culture and a huge potential for Internet users. Last week, CPL announced that all 34 games will be broadcast live to 40 countries, including India. That the league has some big names will mean cricket lovers here will wake up early to watch. In 2015, CPL’s global viewership reached 93 million, and now it is set to reach out to even bigger audiences. Will the IPL follow suit? How will there be advertisements? Keep watching!
Gayle likes this

Periscope’s big moment in the USA

If Snapchat had its arrival last fortnight with the Tanmay Bhat issue, Twitter’s live streaming app Periscope had a similar un-planned breakaway moment thanks to a more important issue, the gun control protest. After the Orlando shooting, Democrats protested for a legislation, asking the Congress what it had done to clamp down on gun violence. Later, John Lewis, a Democrat sat on the floor of the house and invited others to do so, later leading to other members taking to Periscope to broadcast their protest, as news channels broadcasted that feed! It was done by a Scott Peters, who began broadcasting from his personal account. Now only imagine if our netas could get more streaming-friendly!
Obama likes this

You may have donated once in a while to an Akshay Patra scheme or to the children’s cause that BookMyShow asks you to donate to, but now you will be prodded by Facebook to give even more. After FB launched a ‘fundraiser’ feature for nonprofits to seek monies, it has expanded to individual users. Starting from USA, the users can create fundraiser pages to raise money for non-profit institutions that are verified (of course, it cannot become a kickstarter!). This is all thanks to FB’s Social Good Team, which officially launched last year and is the brain behind tools such as Safety Check.
Aamir Khan likes this